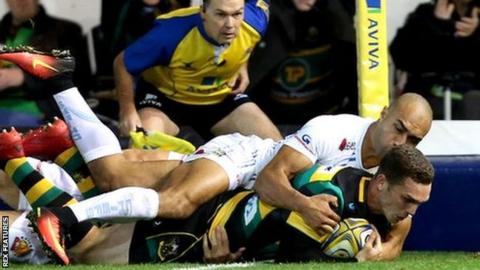 The Exeter team is looking forward to a challenging match with Northampton this Friday. Northampton on the other hand, is a bit apprehensive and is looking to make up for not having beaten the Wasps in the last match. Exeter on the other hand, is riding on a high. The team has recently won against Bristol Rugby in the Aviva Premiership tournament that was held recently. This has been a high point for the team, especially for the head coach of the team.

The season did not open well as the team suffered two losses in the beginning. But the win against Bristol Rugby was definitely a turning point for the team. It has helped restore confidence in the team. Most people are looking forward to the competition that will unfold in the fields. Fans of both sides will be egging their respective teams to participate fully and to emerge victorious.

Chiefs TV Chiefs on the beach