Exeter Rugby Club popularly called Exeter Chiefs ultimately became the champions for the first time in their 146-year history after Gareth Steensonbagged a penalty in extra time which led to their 23-20 victory over Wasps at Twickenham. 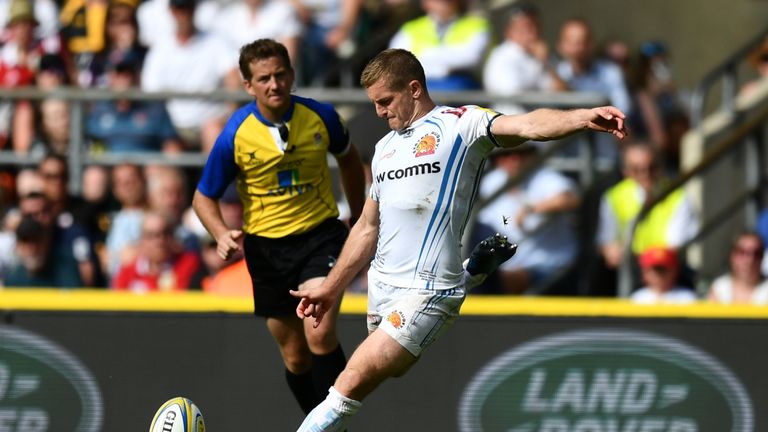 It was one of the most interesting finals ever played in years as the both teams were willing to attack at every chance, nevertheless the nerves were visible enough with dropped balls and wide passes.

Exeter Chiefs who were promoted to the Premiership in the year 2010, started scoring from 13th minute of the match as Jack Nowell cut inside from a lineout and sped over to score.

It was a wise step from Exeter Chiefs who looked focused to set up their famous driving maul, but hooker Luke Cowan-Dickie ran around after throwing in the ball and then released Nowell coming in at pace on the switch. Steenson added the extras.

Wasps got on the scoreboard several minutes later after they massively attacked but came to an end when James Haskell knocked on, but referee JP Doyle was playing advantage and Jimmy Gopperth kicked over the penalty.

The Chiefs’ second try took place in the 29th minute and also came off the set-piece: this time the scrum as Ollie Devoto smashed through the midfield preceding the wonderful offload to Phil Dollman who dived over, with Steenson converting.

Wasps as well got an opportunity when a Danny Cipriani kick set them up for a driving maul of their own, nevertheless Exeter repelled them and the first period of extra time fizzled out as the exhaustion of the last 90 minutes took its toll on all the players.

Watching the time tick out withthe prospect of the title being decided by penalties, Exeter threw everything at Wasps and looked to have scored when Sam Simmonds rumbled over.

It looked like Wasps were almost surviving for a short time before Exeter exerted huge pressure at the 5m scrum which led to a penalty.Steensonbagged it for the historical victory.

Will England Dethrone All Blacks In 2019